Get a Quick Quote

Why Choose Our Bespoke Coin Services

Consider using our experienced custom bespoke coin creation service. A coin is essentially a flat, rounded piece of metal, plastic, or wood used primarily as a legal or medium of currency. They are standardized in weights and manufactured in large quantities in mint to facilitate commerce. Usually, they are issued by a central government. Coins are made up of several different elements, and there are several different types of coins, including bullion, coins struck during specific occasions, commemorative coins, and coins of certain denominations.

Different types of coins are used in different ways. There are gold and silver coins that are used for trading purposes, though the use of precious metals in commerce is not regulated. Gold is commonly used for investment purposes, as it tends to gain in value over time. Silver is used for industrial uses and is used for jewelry.

Coin collectors collect coins based on their condition. Many coins are minted in mint conditions. In these mint conditions, the coin has not been tampered with or altered in any way. However, there are some coins that have been altered, which means that a part of the coin has been changed. Most altered coins are considered collectible coins since they are considered to be pieces of art. Coin values will change in relation to their mint condition, but a coin will never lose its value because of alterations. In fact, a coin that has had modifications will increase in value over time.

Collectible coins are also known as numismatic or investment coins. Some of these are used in the investment market as an investment or collectible, while others are used as collector’s items. Others are given as awards or commemorative gifts. Coins of certain denominations are often given as presents to commemorate historical figures, places, such as the birthday of someone special, or to commemorate a particular event.

Collectors of coins have been collecting coins for centuries. In ancient times, people would look for rare coins in order to trade for food or other commodities. They would also trade coins for other types of merchandise. 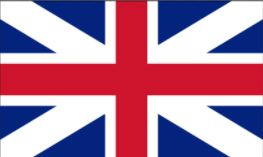 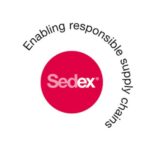